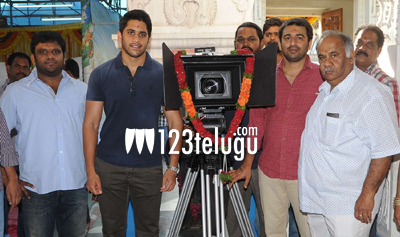 Young hero Naga Chaitanya, is getting busier with more films in his kitty. His latest project, Manam has turned out to be a huge blockbuster, and his new film with Swamy Ra Ra director Sudheer Varma was launched today.

According to the latest reports, Chaitanya will do an interesting role in the film. Nenokkadine fame, Kriti Sanon will be cast opposite Chaitanya in this flick.

BVSN Prasad of Attarintiki Daredi fame is the producer of this flick, and the shooting of this flick will kick start soon.