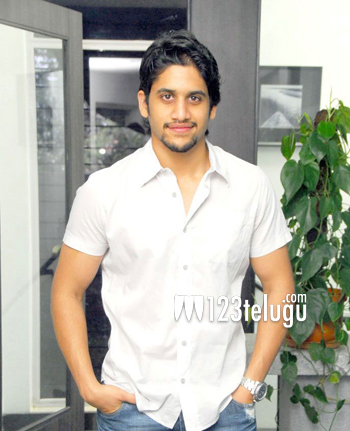 Naga Chaitanya’s upcoming film, tentatively titled as ‘Oka Laila Kosam’ is making brisk progress. Already, the film unit has wrapped up majority of the film’s talkie part and currently, the last major schedule is progressing. After this, some patch work and songs will be shot.

Directed by Vijay Kumar Konda, the film stars Naga Chaitanya and Pooja Hegde in lead roles. The film is said to be a unique love story and it’s being produced by Nagarjuna under Annapurna Studios banner. The entire film’s team is quite happy with the way the film is shaping up and Vijay Kumar Konda, who had made Gunde Jaari Gallanthayindhe last year, is keen on continuing his success streak.

Naga Chaitanya will soon join the sets of his next film titled ‘Durga’. The film, which also stars Hansika, is expected to go on floors from February 24 onwards and Srinivasa Reddy is directing the film.