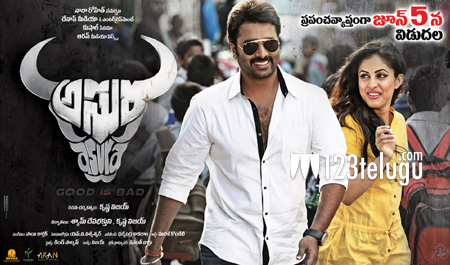 Young hero Nara Rohit has carved a path for himself in Tollywood by trying out different scripts in his movies. His upcoming flick ‘Asura’ is also made with a different genre. As per the latest update, the censor formalities have been completed and the censor team issued a U/A certificate. Also, reports reveal that the movie has come out well and the censor team has praised Asura team.

The makers are planning to release this flick on the 29th of this month. The entire team is pretty confident of the movie success. An ideal run time of 122 minutes might work in the favour of the movie. Touted to be a suspense thriller, the trailers and posters have already caught the attention of the audience.

Directed by Krishna Vijay and produced by Shyam Desabhaktuni, young actress Priya Benarjee will be seen as the female lead in this flick.