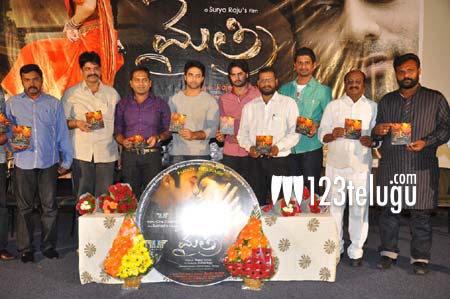 Hero Navdeep and Sada will be seen as the lead pair in the film titled ‘Mythri’ and the audio album of this movie was launched today in Hyderabad. The movie is currently in post production and a release date will be announced soon.

Brahmanandam, Chitram Seenu and Uttej will be seen in key roles. Vikas has scored the music and Surya Raju is the director. Rajesh Kumar has produced the movie on Hanu Cine Creations banner. The audio album has also been released into the market by the producer himself on his own audio label.