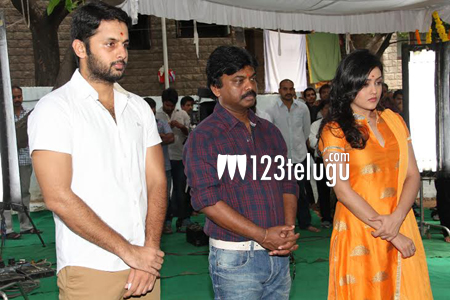 The first schedule of Nithiin and Karunakaran’s untitled film has been wrapped up and the production unit is happy with the work done so far. The film’s shooting started about 8 – 9 days ago and the next schedule will begin soon.

Bollywood actress Mishti Chakraborthy, who was launched by Subhash Ghai, is playing the lead role in this romantic entertainer and this is going to be her first Telugu film. Anoop Rubens is composing the tunes for this movie.

The film is being produced on Nithiin’s home banner and he is very optimistic about this project.