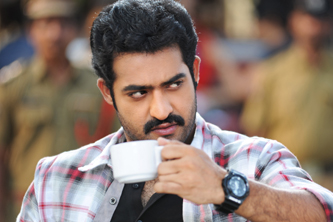 NTR’s ‘Ramayya Vasthavayya’ is currently under production. The film’s climax sequences are being shot today, in Hyderabad. Director Harish Shankar revealed the news and he has also given an update about the film’s progress.

“1000 Jr artists…heavy action episode …all are risky shots still Young Tiger(NTR) is doing in Single take..awesomeeeeeeeee Hero”, he tweeted. Samantha is the heroine in this movie and Shruti Haasan will be seen in a crucial role.

The movie’s shoot is also coming to an end. “Last Day of Climax, left with 3 Songs and 1 day talkie…Done with RV shoot..Fastest shoot in recent times…even am surprised”, posted Harish. Out of the three songs remaining, two will be filmed in Spain in the coming weeks. The movie is being readied for a possible release on September 27th.

Thaman has composed the music for this movie and Dil Raju is the producer.