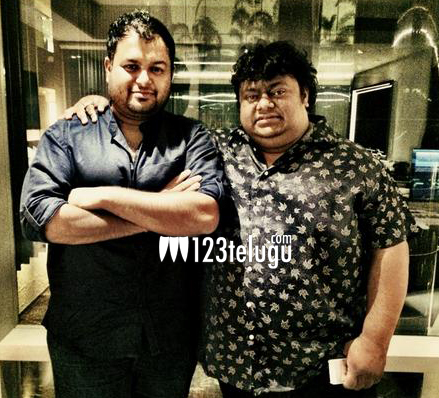 Competition among music directors can be intense in the film industry. But sometimes, they can also be best friends and co-operate with one another. Something like this is now happening between Thaman and Chakri.

Thaman is the music director of Ravi Teja’s ‘Power’. But he has got another music director Chakri to sing for a song in the film. Thaman himself announced this via his Twitter account and posted a picture.

Apparently, the song is a high energy number that will be perfect for Chakri’s voice. Chakri has sung a number of such songs in the past and this one might end up becoming popular too. Let us wait and see.