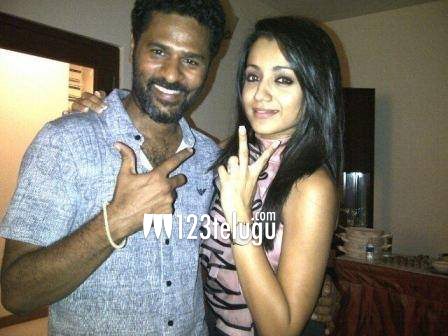 It is known that superstar Trisha is soon going to ​act in her fiance’s production. Latest update is that ​ace director Prabhu Deva will be doing a special role in the film.

​R​enowned ​Tamil director Thiru will be directing ​this flick and Trisha will be paired opposite Jai of Journey fame. Shooting of this movie will kick start in late summer.

Trisha is flying ​high with the response to her character Hemanika in the recently released hit Yennai Arindhal. She will also be seen opposite Balakrishna in her upcoming film Lion.​