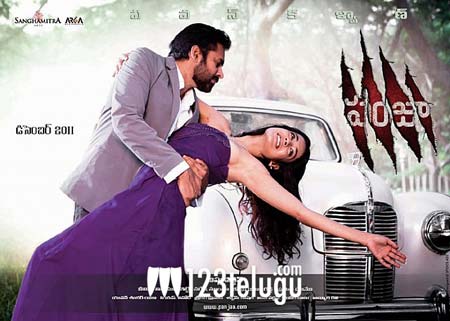 Panjaa’s post production is going at a brisk pace. Pawan Kalyan is playing the lead role in the film which is set in a mafia backdrop in Kolkata. So far, the entire dubbing and editing of the film has been completed. The film’s re-recording will begin from November 16th. Preparations are being made for the audio launch which is going to be held in a big way at Gachibowli Indoor Stadium in Hyderabad on November 19. Sarah Jane Dias and Anjali Lavania are playing lead roles. The producers are confident that Panjaa will be a trendsetter and already the film’s first look and poster have raised the expectations on the film. Vishnu Vardhan has directed the film. Neelima Thirumalsetty, Shobu Yarlagadda, Nagesh and Prasad Devineni have jointly produced the film. Yuvan Shankar Raja has composed the music. The film is expected to hit the screens on December 9.