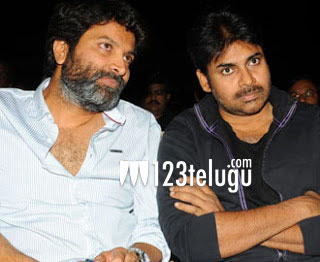 As per reliable reports being heard in Filmnagar, Power Star Pawan Kalyan and director Trivikram Srinivas have returned a significant portion of their remunerations to producer BVSN Prasad, as a mark of solidarity. Because of the piracy issues and the unexpected emergency release, the production house experienced a severe cash crunch.

This is a good gesture from the star hero and the talented director. The movie is getting ready for a massive worldwide release on the 27th of this month and expectations are high on the project. Samantha is the heroine in the film and Nadhiya will be seen as Pawan Kalyan’s ‘Attha garu’.

Boman Irani, Posani Krishna Murali, Ali and Brahmanandam will be seen in important roles. Devi Sri Prasad has composed the music for this film.