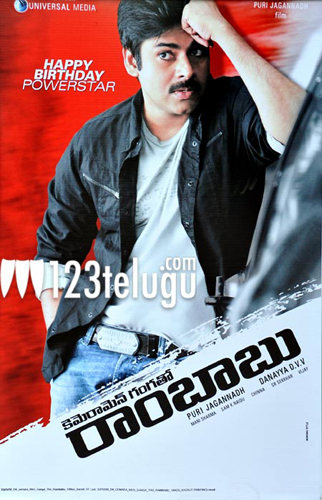 The principal shooting of Pawan Kalyan’s upcoming film Cameraman Ganga Tho Rambabu is nearing complete. So far, the entire talkie part has been completed and the shooting will be wrapped up later this month after the remaining two songs in the film are shot. On the whole there are five songs in the film. Pawan Kalyan and Puri Jagannadh are teaming up after 11 years and their previous film Badri was a huge hit. Ever since the film was announced, the expectations on this hit combination have shot through the roof. Talking about the film, the producer of the film, DVV Danayya said, “The film has shaped up extremely well. We are confident that Pawan Kalyan’s dynamic performance will mesmerize the audience. The interval bang and climax sequence are going to be extra-ordinary. Puri Jagannadh’s dialogues and Pawan Kalyan’s performance are going to be a major highlight of the film.” Tamannaaah is playing the lead role opposite Pawan Kalyan and Gabriela Bertante will be seen in an important role. Mani Sharma has composed the music. Puri Jagannadh has completed the entire talkie portion of the film in a record time and the film is gearing up for its massive release on October 11.