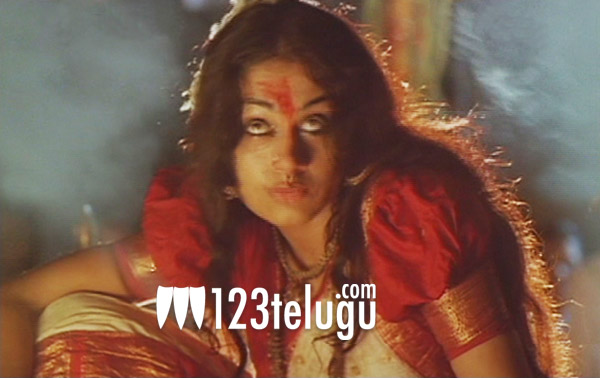 This is the photo of Shobhana from the film ‘Manichitrathazhu’, the original 1993 Malayalam film on which Superstar Rajinikanth’s ‘Chandramukhi’ is based. Shobhana delivered a stunning performance in the movie as Ganga and her techniques were later used as a reference point by both Jyothika and Soundarya in the Tamil and Kannada remakes of the film. Mohanlal and Suresh Gopi also star in this movie which ran for more than 300 days in Kerala.

Do watch an english subtitled version of the film if you can folks, as Shobhana’s performance is not to be missed.