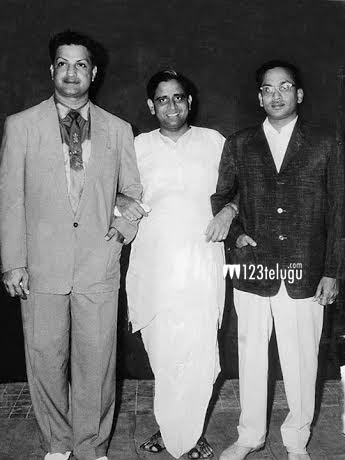 ANR and NTR belonged to the golden era of Telugu films and shared some of the best working experiences. Shown here in the above picture is one of Telugu cinema’s musical legends Ghantsala, who poses with two other pillars of the industry in ANR and NTR.. Both the legends look pretty handsome in this rare picture which is doing the rounds on several networking sites. See and enjoy the pic folks.