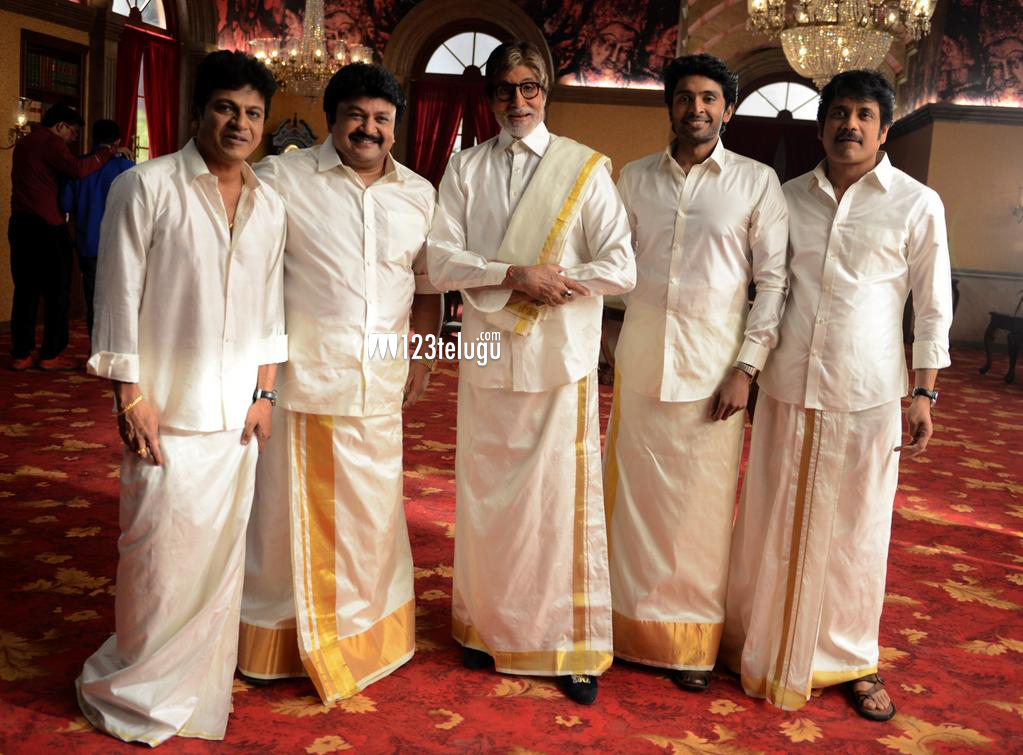 Akkineni Nagarjuna, along with several leading stars from the southern film industry, have teamed up with Bollywood super star Amitabh Bachchan for the latest Kalyan Jewellers commercial. The ad film has been directed by popular ad filmmaker VA Sreekumar and features Nagarjuna, Prabhu and his son Vikram Prabhu, Sivraj Kumar and Malayali actress Manju Warrier.

Expressing his happiness on being a part of the ad film, Amitabh Bachchan tweeted, “A delightful morning with the greats of the Southern Industry .. and all sons of thespians, who were my seniors in my early years !” Incidentally, Nagarjuna, Prabhu and Shivaraj Kumar happen to be the sons of legendary actors ANR, Sivaji Ganesan and Rajkumar respectively.

The ad film, shot with all the stars clad in traditional attire, is expected to go on air during the Ugadi festival in March and the Tamil New Year in the first week of April.