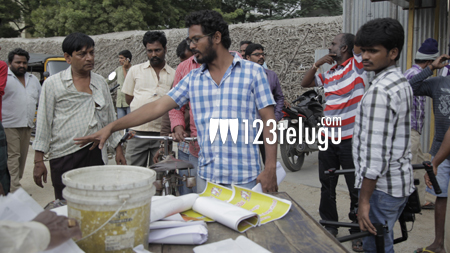 Explaining about the title, director Meeraqh said that generally, it is a norm that filmmakers say that their film is going to be a hit, which signifies their confidence on their movie. However, if they say that their film is going to bea super duper hit, it demonstrates their over-confidence. Similarly, in our movie, the hero’s character was designed in such a way that he has an everlasting over-confidence. Therefore, we have opted for a metaphorical title “SUPER DUPER HIT” that actually showcases the hero’s over-confidence. Meeraqh also mentioned that in addition to the hero’s character, the title would instantly attract the viewers and would help in bringing the audiences to theatres.
Talking about the highpoints of the film, the producers said that this film is a never seen before crazy teenage romantic comedy that will remembered in coming days.The entire shoot was completed in a single schedule of 36 days in Tirupati except for one song that will be shot in Kerala. The filmmakers confidently said that the first look poster will be released soon and are planning to release the movieASAP.