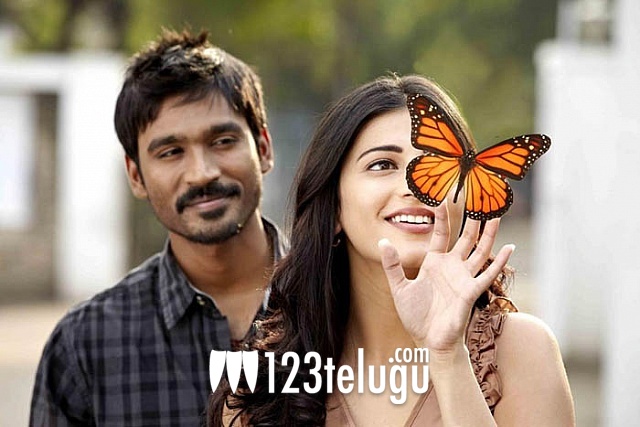 It has been a very long time since a movie has been hyped this much in Tamil Cinema. Yes, we are talking about the ‘KOLAVERI’ fame movie ‘3’, a real trend settle in the history of Indian Cinema. The viral song ‘Y this Kolaveridi’ will bring all kinds of crowds to the theaters. It is a huge hit all over the world, it has so many versions to it in all Indian languages. All US FM stations play this song daily as requested by its listeners.

An excert from wiki on this song: http://en.wikipedia.org/wiki/Why_This_Kolaveri_Di

Upon release, the hashtag #kolaveri topped the Indian trends in Twitter on the evening of 21 November 2011. Within a week of the official release of the video, it received more than 3.5 million views on YouTube, more than 1 million shares on Facebook, while trending in India on Twitter the whole time. The song is also a hit among non-tamils, apparently due to the Tanglish lyrics. By the start of 2012, it had crossed 30 million Youtube views. The song and versions of it account for almost 45 million of YouTube’s total views. On 24 November 2011, this song became the first Tamil film song to premier on MTV India.

The movie featuring Dhanush and Dr. Kamal Haasan’s daughter, Sruthi Haasan is set for worldwide release on 3/30/2012. The first directorial venture of Super Star’s daughter Aishwarya Dhanush is hailed by everyone who has seen it pre-release. Oscar winning sound technician Resul Pookutti has tweeted that it is one of the best entertainers he has seen recently and he gladly accepted to do the sound mix for this movie after watching the preview.

Dhanush has claimed a special spot in the hearts of people with his excellent performances last year with Aadukalam and Mayakkam Enna. This one will only take him to higher heights.

GK Media has bagged the rights for this movie in the USA. The movie will have English subtitle.