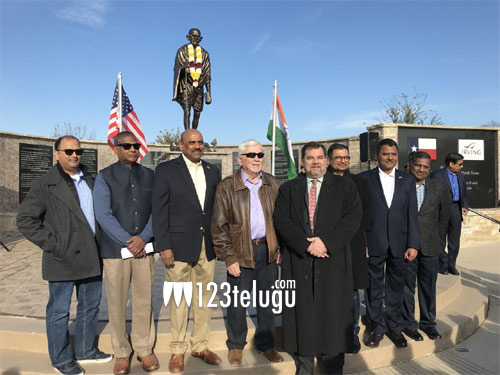 Dr. Prasad Thotakura, Chairman, MGMNT after hoisting the Indian National flag stated “After getting independence from the Great Britain, under the leadership of father of the constitution Dr. B.R. Ambedkar, many leaders like Pundit Jawaharlal Nehru, Dr. Babu Rajendra Prasad, Sardar Vallabbhai Patel, Moulana Abdul kalam Azad, Shyam Prasad Mukherjee etc., who worked very hard for about 3 years to bring out the best constitution for the nation. They didn’t see the constitution just as a mere piece of document or a basic law for the new country. But, as a scripture for the social transformation. The essence of the constitution is to bring out the social equality among all citizens irrespective of the religion they believe-in, the region they come from and the community they belong to. The Indian constitution has been amended 103 times thus far being the last amendment as recent as on January 12th to create 10% reservation in educational and employment institutions for people from the economically weaker sections. Since 1950’s, as a Nation we have achieved a lot but much remains to be done. As Indian Americans, our responsibility is double now. We all need to strive for the betterment of both countries where we come from and where we live in. “

Mr. B.N.Rao, MGMNT Co-Chair, conveyed his Republic Day greetings to the community and remembered the sacrifices of Mahatma Gandhi who got independence to India with only peace methods.

The Chief Guest at the event Mrs. Oscar Ward, Deputy Mayor Pro Tem, City of Irving, welcomed Indian American community on this special occasion and appreciated their efforts in building better communities with their education, intellect and knowledge.

Irving City Councilmember Mr. Allan Meagher, Special Guest of the occasion addressed the gathering, conveyed his best wishes to the Indian Americans for celebrating India’s 70th Republic Day. He further stated that it is essential for all to work together to uphold the democratic values both in the largest democracy, India and the oldest democracy, USA.

Mr. Abhijit Railkar, Treasurer, MGMNT, in his closing remarks thanked ‘Music Masti Magic’ for providing Audio Visual, Bombay Photography, TV5, TV9 and TV Asia for media coverage, volunteers from Haryana Association, City of Irving officials, leaders from IAFC, IANT, and the community at large for joining and making the event a grand success. He invited the community again to gather at the same place on January 30th at 5 PM to observe a moment of silence and pay tribute to Mahatma Gandhi on the day of remembrance.