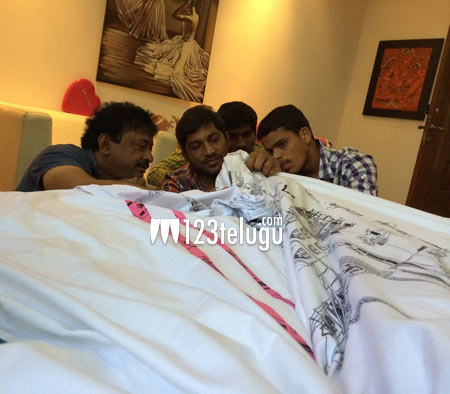 Film is an emotional experience…it can make you laugh, it can make you cry ,it can thrill you and sometimes even surprise you ..Also it’s not necessary that the above said emotions have to be felt for a duration of atleast around 2 hours which Is what an average film’s length is..

Many times I get some exciting cinematic ideas but I abandon them because I can’t stretch those ideas beyond a few minutes..Then sometime back it struck me that a short film is the best outlet for such kind of creative endeavours ..Though a little late in the day, the moment this dawned upon me I approached Lakshmi Manchu,who after listening to my idea graciously agreed for her feet to act in my short film