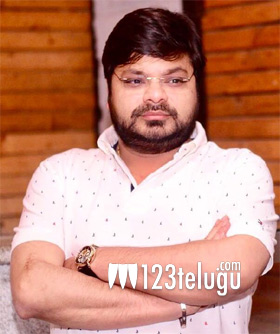 Abhishek Agarwal is a name which is being heard in the film circles in the recent past. He has risen to prominence by being associated with the prestigious Abdul Kalam biopic. But he has been handling film production,distribution along with Real estate and financial planning with utmost perfection for the last couple of years. He has been highly successful in chit fund finance business,real estate,mining,politics and now has set his eyes on film production and distribution.

After keeping a keen watch on the film production and distributing a series of big films, he decided to join hands with the country’s top production houses for many prestigious projects.According to sources, he has been associated with a very high budgeted period movie.He owns the prestigious Abhishek Group and Dream Merchants INC.

He is producing the prestigious Abdul Kalam biopic under Dream Merchants INC along with Anil Sunkara’s AK Entertainments, which is being made on a lavish scale and with International standards. Along with this Abhishek Agarwal is also a part of Nikhil’s Kirrak Party and Adivi Sesh’s Goodachari, which are content driven films and are made on decent budgets. Abhishek Agarwal also has a crucial role assigned in the Censor Board Advisory Panel committee.

Balancing his roles and positions, Abhishek Agarwal is in plans to make a huge impact in Indian cinema along with Tollywood. With some good judgement on films and occupying a prominent role in film industry, sources informed that Abhishek Agarwal is the next bigwig of Indian Cinema for sure. Abhishek Agarwal is even quite active across the circles of BJP and shares close bond with many leaders of the top league.