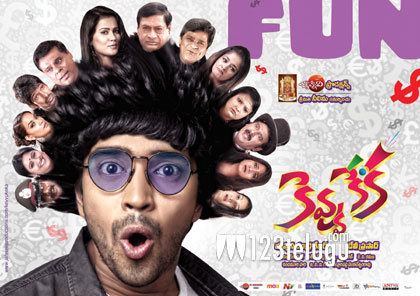 Allari Naresh’s out and out comedy entertainer “KEVVU KEKA” releasing worldwide on July 19th with premieres on July 18th. Releasing in 15 locations in USA and the digital drives have already been sent to theaters.

KEVVU KEKA is directed by Devi Prasad. It’s an out and out comedy entertainer in the style of EVV Satyanarayana. Makers are confident that this SUDIGAADU will hit the Bull’s eye with “KEVVU KEKA”.