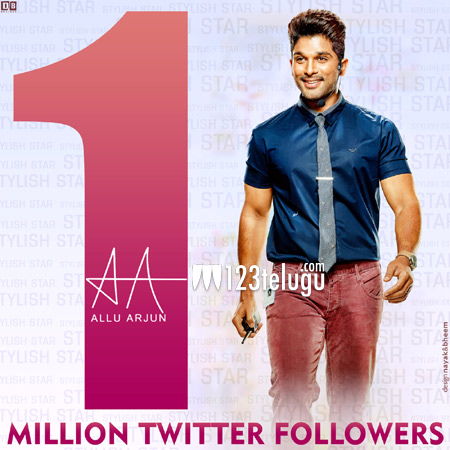 Stylish star Allu Arjun has huge following in social media. He is one of the highest followed south stars in Facebook. Now Bunny has achieved another mile store. His twitter account followers count reached 1 million. With this, he has become the fastest Tollywood hero ever to amass 1 million Twitter followers.

Herewith, Allu Arjun has once again proved that he has undisputed craze in social media and has immense fan following in other neighborhood states like Kerala, Karnataka and Tamilnadu.