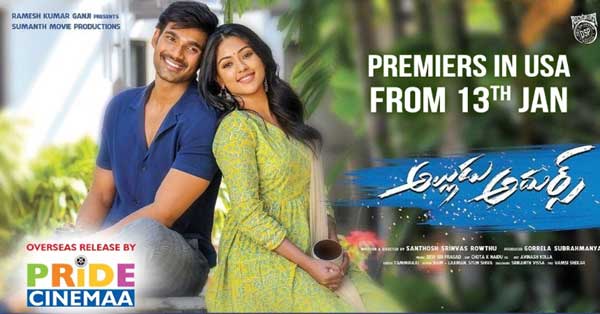 The festive season is here! And it’s going to be quite an entertaining time at the box office. One
of the most anticipated releases for SANKRANTI is Bellamkonda Sai Sreenivas’s family
entertainer ALLUDU ADHURS that hits the screens on January 14th worldwide.

Pride Cinemaa, the leading distributor of Telugu cinema overseas, has gone all out to give the
film a grand release in the US where premieres will be held on January 13th. Already the songs of the film, composed by hit maker Devi Sri Prasad have become instant hits. The film’s concept of universal love is also drawing a great deal of interest. Nabha Natesh, a leading name in the industry, plays the female protagonist.

Catch the premieres at screens close to you on January 13th Premiers on USA! Enjoy the festive fervour with this feel-good entertainer. Book your tickets now. We thank Bellamkonda Suresh garu for this opportunity. 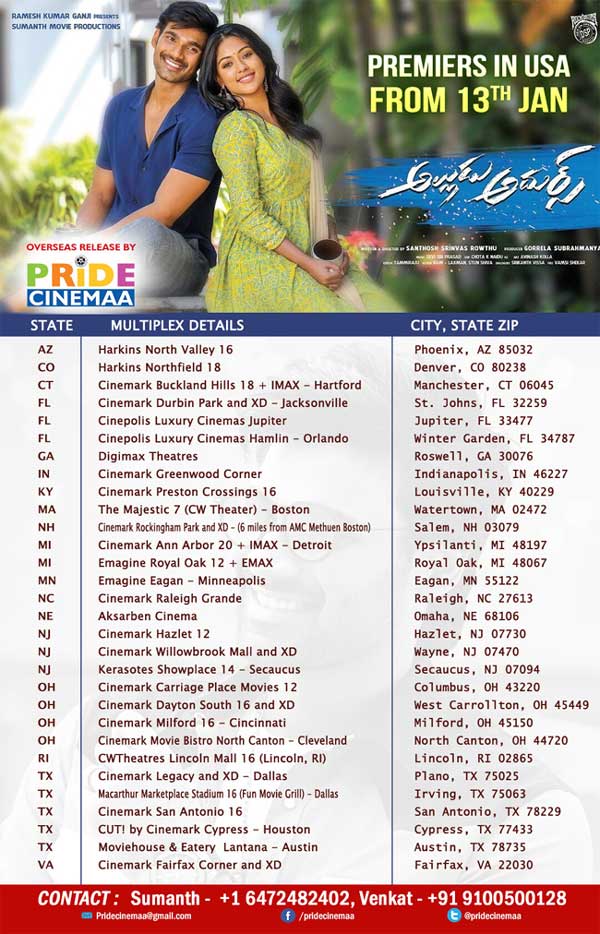