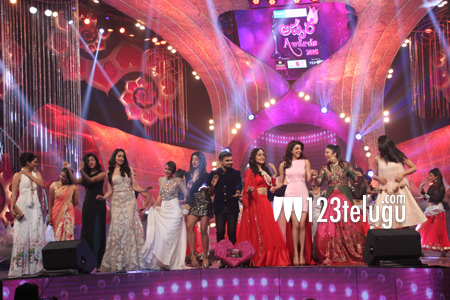 The saying goes – “There is a women at the beginning of all great things”. We couldn’t agree more on

talent from the Media & Entertainment fraternity in AP and Telangana.

talent in Tollywood industry. There were generations of talents present at the ceremony right from the

Khanna, Charmee Kaur who made the ‘Pink Carpet’ light up with stars.

recognizes and honors women talent. The actresses were dresses in the best of designers clothing that

only added up the glamour quotient at the event.

Take a look at pictures in the link below:

Eager to know who won awards for various categories? Do watch out for the Telecast of Apsara Awards