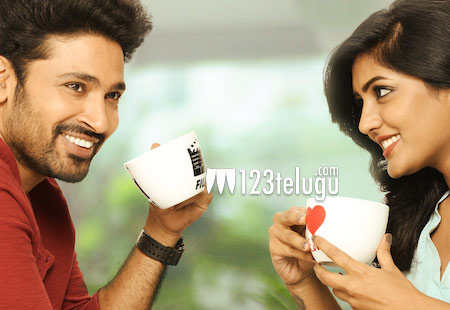 Popular director Sukumar who turned producer with the super hit movie Kumari 21F is now coming up with another film from his home banner Sukumar Writings.

Movie is written & directed by Sukumar friend and associate, Hari Prasad Jakka who travelled 20 years with Sukumar in the film industry is making his directorial debut with Darshakudu movie.

Eesha of Ami Tumi fame is playing the heroine role in this movie and music by Sai Karthik.

The film teaser is released by Young Tiger NTR and got the good response from the film buffs and it has Sukumar’s creative stamp on it.

We would like to thank the producers BNCSP Vijaya kumar garu, Thomas Reddy Garu and Ravi Chandra Satti Garu for this wonderful opportunity.

As we witness Telugu Film industry’s phenomenal performance in overseas market, we will strive hard in keeping up the momentum and make this movie a grand success.

Any trade inquiries can be directed to:
Ravi Kiran
Ph: 331-330-3366 and email : Gaatri.mediagroup@gmail.com