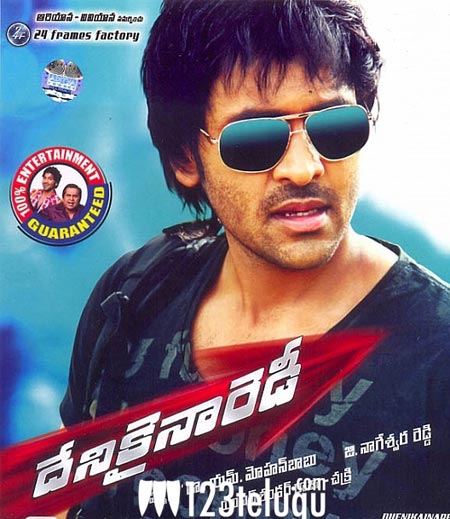 For the first time in Indian Cinema Vishnu’s Dhenikaina Ready will show a 5 minutes sneak preview in The United States of America this Saturday.

Iam thrilled said Vishnu Manchu, “After ‘The Dark Knight Rises’ Dhenikaina Ready will be the first Indian movie and second in the world to show a 5 minutes preview in the theaters of USA”.

An out and out comedy action film “Dhenikaina Ready” is all set to hit the screens this month October 24 worldwide and 26th October in Kerala. The movie is expected to release in maximum number of screens across the globe.

The film already generating a good pre-release buzz owing to the hype generated by the trailers-songs and the audio of the movie scored by Yuvan Shankar Raja and Chakri.

Dhenikaina Ready features Actor Vishnu Manchu in the lead role, Hansika Motwani as his co-star. The movie produced by 24 Frames Factory is shot in exotic locales of Switzerland, India and other parts of Asia are an out and out action comedy film.