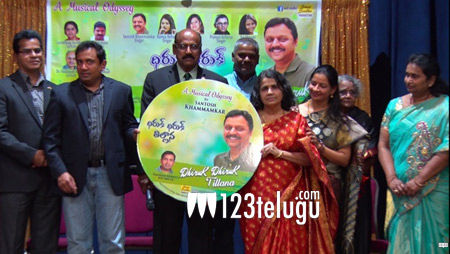 Dr. Prasad Thotakura lauded the passion and the tireless efforts of Mr. Rajsekhar Suribhotla in bringing out a musical feast to music lovers. He specially appreciated Mr. Suribhotla for combining the local talent with talent from our motherland to produce this memorable musical odyssey. Dr. Thotakura stated that more youth should involve in these kinds of projects to preserve and propagate our culture through music. Mr. Suribhotla narrated various steps involved in producing this album and thanked each and every one who supported and encouraged him to realize his dream of producing the best quality album.