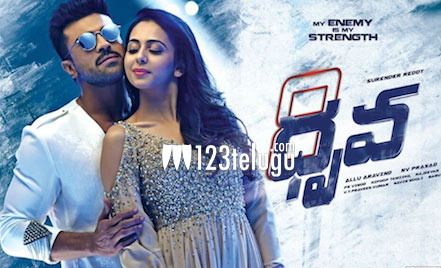 DHRUVA starring Ram Charan, Aravind Swamy and Rakul is now termed as big hit. Movie has got great response from Audience in India and Overseas.

In USA, this is first movie for RAM CHARAN to cross Million dollars and also DHRUVA is highest grosser for any GEETHA ARTS film which is distributed by JOLLYHITS.

Due to many Hollywood releases during Christmas, DHRUVA has been substituted with Hollywood movies at many locations. But, DHRUVA continued to have its dream run raking 1.55 Million USD till date in other open screens.

Now, DHRUVA in other theaters are again being reopened to have one final run of to maximize the potential and give viewers one more chance to see this good Telugu movie.