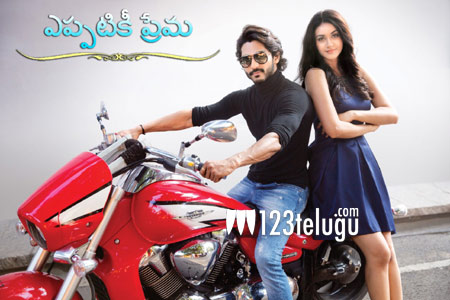 ‘Eppatiki Prema’, an independent music album song, featuring Dhruva and Aditi Arya (‘Ism’ fame) is going to be released on 14th April. Dhruva, who has more than 300 theater shows globally to his credit, is making his debut in Tollywood, with this romantic song, directed by ace choreographer Swarupraj Medara.

The teaser of this song, released recently, looks stunning and the quality is excellent. The music, composed by Shailesh-Suvarna, is soothing and the visuals are also very pleasing. Looks like Dhruva is going to make a grand entry into Tollywood with his song and going by his looks and acting skills, he can make it big.

This song is going to be released through Lahari Music and it is awaited.