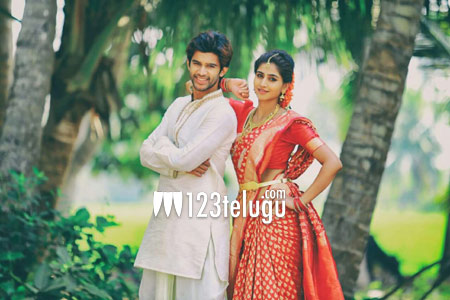 As a special treat for their fans this Ugadi, video streaming service Viu, as a part of its regional ‘Originals’ catalogue, launched two new digital shows in the dramady genre helmed by Tollywood directors Pavan Sadineni and Mallik Ram and if the initial response is anything to go by people are certainly hooked.

‘PillA’ which marked Pavan Sadineni’s return to the digital realm has unleashed a laughter riot for it viewers. Starring the vivacious Dhanya Balakrishna, the show is an urban comedy that deftly deals with the subject of pre-marital pregnancy. The first episode of the show has already crossed over 2 lakh views on Youtube within a week of its release. The show, available on Viu, touches upon the shifting focus and perceptions of today’s millennials. Reveling in the success of his digital directorial venture, Pavan said, “The audiences have loved the show!! The response is overwhelming and the laughter, contagious. The fact that Viu is now planning to release a dubbed version of this show in Hindi with subtitles is indicative of how a strong storyline can travel across boundaries.”

Mallik Ram who entertained the audience with his debut film Naruda DONORuda, has also enthralled the audience with his new digital show Pelli Gola. Featuring Abijeet Duddala and Varshini Sounderajan, the plot revolves around two characters who are as alike as chalk and cheese and are forced into an arranged marriage. They try their level best to stop the wedding bells from tolling but fall in love in the process.

Known for his knack of touching on strong subjects and presenting them on a lighter note, the first episode of Mallik’s Pelli Golahas crossed over 1 lakhviews on Youtube within a week of its release leaving viewers laughing in the aisles with dialogues that are peppered with the flavor of Amlapuram.

“Today digital is creating an interesting platform that’s bridging gaps between a storyteller and the audience. Pelli Gola is an unconventional story about the conventional subject of marriage. I’m thrilled by the response the show has received on Viu, there is lots of drama and comedy still to unfold so keep watching” said Mallik Ram.

Both ‘PillA’ and ‘Pelli Gola’ are 10 episode-shows, co-produced by Tamada Media and presented by Annapurna Studios, with new episodes releasingon Viu every Saturday and Sunday respectively.