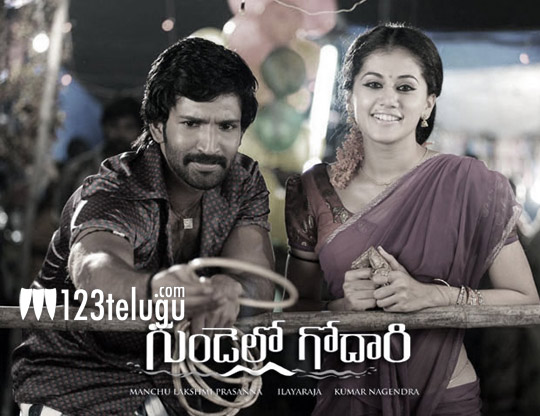 BlueSky Cinemas, one of the leading players in overseas market for South Indian movies is brining another real incidents based Gundello Godari to the overseas market which is slotted March 8th release.
Aadi Pinisetty and Tapasee Pannu starrer Gundello Godari is Manchu Lakshmi’s dream project which she also acted in a leading role. This is a bi-lingual film (Telugu and Tamil), directed by Kumar Nagendra and produced by Manchu Lakshmi on Manchu Entertainment Banner.

We thank Manchu Entertainment team and Dr.Mohan Babu Garu for giving this opportunity to us. BlueSky will be releasing this movie in association with Manchu Entertainment.
Srini Unnam
Ph: 732 586 0932
Lal
Ph: 510 996 8514
Email: movie@blueskycinemas.com