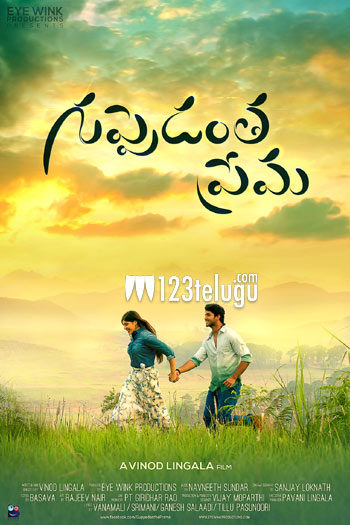 Guppedantha Prema is directed by Vinod Lingala and is produced by Eye Wink Productions. Vinod has worked as an associate director for the popular telugu film director and producer, Madhura Sreedhar and prior to that pursued Masters in Innovation management in the United Kingdom. Sai Ronak, Aditi Singh and Aishwarya are being introduced in this film.

Guppedantha Prema is majorly shot at Shillong, Cherrapunjee and various places of Meghalaya and North east of India. Currently Guppedantha Prema is in its Post Production stage. Teaser will be released in a week’s time. Trailer launch and a grand scale Audio release will follow up in the later weeks.

A very happy REPUBLIC DAY – from The Guppendantha Prema Team.