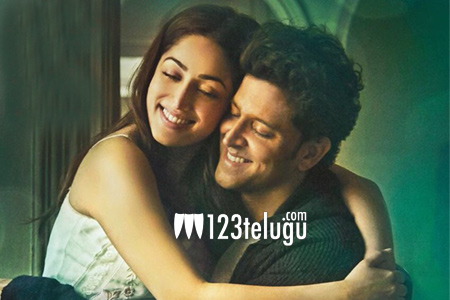 Hrithik Roshan and Rakesh Roshan are back together for the different action thriller “Kaabil”. The Telugu version has been titled ‘Balam’ and it will have a big release in Telugu markets this 25th.

Such is the confidence of Rakesh Roshan and Hrithik Roshan about this movie that they have arranged for a special screening of Kaabil for distributors and cinema exhibitors from all across India. They were shown about 50 minutes of the film at this screening. Cinema exhibitors and distributors were thrilled and excited after seeing this footage.

“The film is a sure shot blockbuster at the box office and will do extraordinary business . Hrithik has done a marvellous job in the film and he is bound to be appreciated by one and all”, said a leading distributor after the screening.

The film is carrying a great buzz and Rajesh Roshan’s music is expected to be a special attraction. The association of Hrithik Roshan and Rakesh Roshan has produced blockbusters like Krrish, Krrish3, Koi Milgaya, Kaho Na Pyar Hai in the past.

The same magic is now going to repeat once again for the big budget extravaganza that is “BALAM”. Yami Goutam is the heroine in this project. Directed by Sanjay Gupta, BALAM is set for a grand release on 25th January 2017. The ‘Krrish’ series as well as Dhoom 2 have also been huge hits in Telugu.