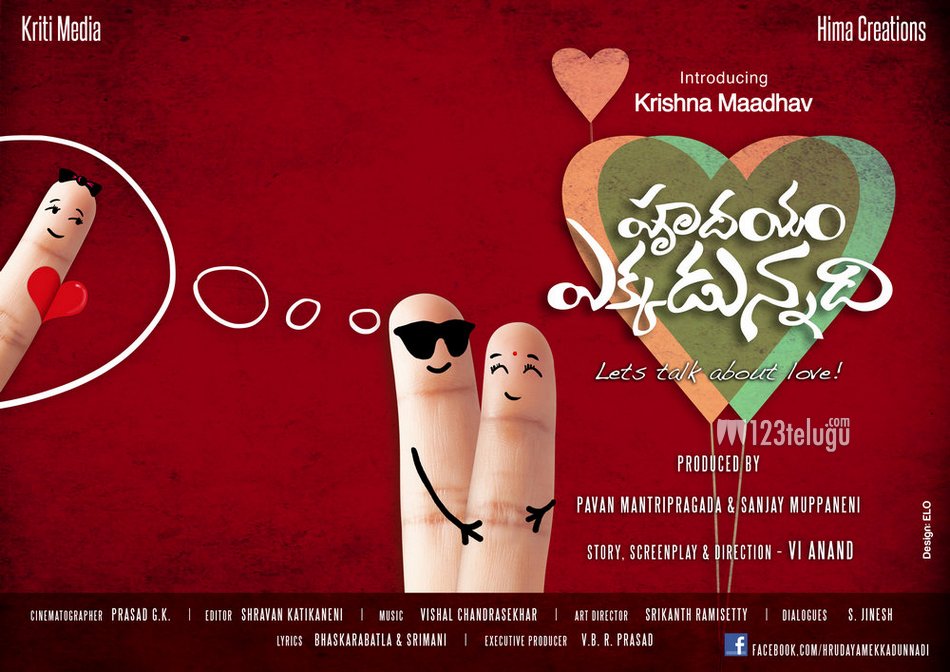 Vi Anand, an associate of director A R Muragadoss, debuts as director in this film and Vishal Chandrasekhar, an alumni from A.R. Rahman’s school of music, is the music director.

This young team has revealed the logo for Hrudayam Ekkadunnadi, which looks bright, colorful and catchy. The flying heart kite seen in the logo is an expression of a heart that soars high when in love. “Everyone who has been in love will acknowledge the fact that any relationship has its highs and lows, just like a kite in the sky and complications & conflicts arise when another kite cuts across. The kites in the logo denote three lead characters played by Krishna Maadhav, Anusha & Samskruthy explains the director.

“Harsha Vardhan plays a pivotal role in this film & his character is a never-seen-before role in a telugu film. The other cast includes Ahuthi Prasad, Prasad Babu, Dhanraj, Prudhvi , Gemini Phani, Ananth among others” reveals the producers.

Dialogues have been penned by S.Jinesh, editing by Shravan of Krishnam Vandhe Jagathgurum fame ,art direction by Srikanth Ramisetty(sai baba fame) and DOP is Prasad G.K. VBR Prasad is the executive producer.