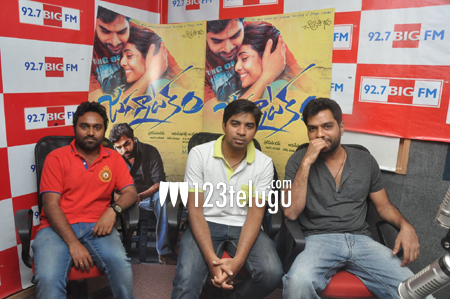 STARCAST: Pradeepnandan,Khenisha chandran,Sridhar,Abhinav Gomatam,Pooja Zaveri, Sivaji raja,Ushasri,Kedar Shankar.,
Today we are releasing the first song of the movie through Big FM.Audio will be released on 27th of this month.We are planning to release the movie on 13th of March .

Movie is all about Protagonist trying to find out the actual person behind his miserable life.The whole life of his hits rock bottom just because of his absence for one night alongside his family.What happened to his family in that one night,who is the reason behind it,why did they do so will form the main crux of the story. It’s a back and forth narration that keeps you glued to the screen till the very end.