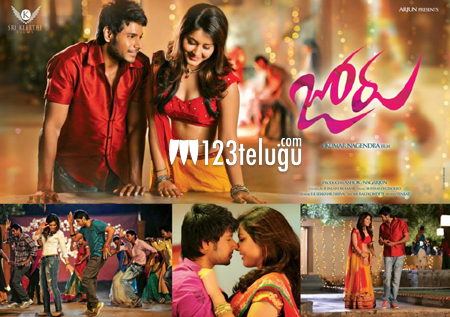 People Media Entertainment proudly announces that it has officially acquired the overseas exhibition rights of “JORU” movie in overseas.

Initially Joru was scheduled for release on October 31st and now new release date has been Announced.

Joru movie will be hitting silver screen on November 7th 2014. Overseas preview schedule and theaters list will be updated in the future Press release.

“JORU” the most awaited film of the year and is supposed to live up to its title full of energy. Sundeep Kishan who is creating waves among the youth of Telugu audience is starring in ‘Joru’ which is an out and out Romantic/Comedy entertainer and is setup to put the audience into splits with its rib tickling comedy.

The unit recently released first look teaser https://www.youtube.com/watch?v=nxpMnwhYFRA which has garnered positive response from the critics, the fans and the general movie goers.​​

For any further details on overseas exhibition rights feel free to contactJoru.usmovie@gmail.com