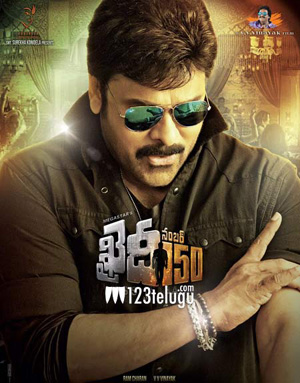 Those mesmerizing dance movements, comedy timing, Flights …. How did we pass 10 years ?? Without watching Boss Movie

We are sure with the Midas touch of VV Vinayak , peppy drums of Devi , amazing Picturization of DOP Ratnavelu and our fav coreographers the magic is going to be created again.

Folks in US will have all the hungama as #KhaidhiNo150 is releasing in around 225 + theaters in US Alone which will the Biggest ever Single Language release for any South Indian Hero.
Classics Entertainments is Bringing the movie in Luxurios Theatres of Regal / AMC / Cinemark. Most of the the REGAL & AMC locations are Reclining Theatres.

This is the first time an Indian Movie is releasing in 40 + Luxurious Seating theatres.

Classics has made every effort to make your movie experience better by screening movie in BEST Available theatres all over USA.