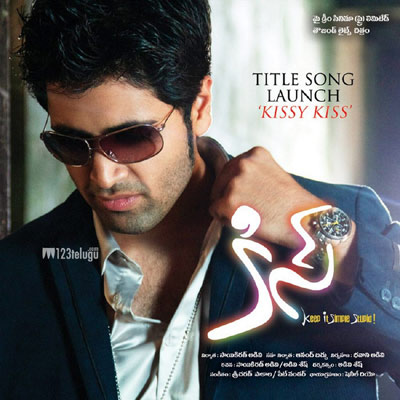 Praneeth Media is proud to announce that it acquired Oversees theatrical rights of “KISS – Keep It Simple Stupid!”

KISS is a beautiful romantic comedy that takes place over the course of 24 hours, between two Telugu speaking strangers in the picturesque city of San Francisco.

The movie is produced by Saikiran Adivi, the director of ‘Vinayakudu’.
KISS is a My Dream Cinema Pvt. Ltd/Thousand Lights Inc. production.

Sesh debuted with his critically acclaimed movie Karma. Thereafter, he shot to fame by playing the popular villain in Panjaa, where his performance was well appreciated. With his versatile acting skills, Sesh was appreciated by many in the industry and was offered a prominent role in the upcoming ‘Bahubali’ that is to be directed by Jakkanna – S.S. Rajamouli.

Priya Banerjee is the lead actress in KISS. This Bengali beauty, who was brought up in Canada, is making her debut in KISS. She got selected for the role after Sesh had auditioned approximately 150 girls. Prior to KISS, she won the title of Miss Photogenic at Miss World Canada 2011.

The KISS title song is already a rage on the internet, with a cumulative 200,000 hits on the internet. The songs of the film have been composed by Pete Wonder and Sricharan Pakala.

Audio of the movie has got an instant hit talk for the freshness in the music.

I would like to thank Mr.Saikiran Adivi, Sesh Adivi and Bhavani Adivi for giving me the opportunity to be part of the movie.
KISS is slated for Release on 13th September in all over the world.