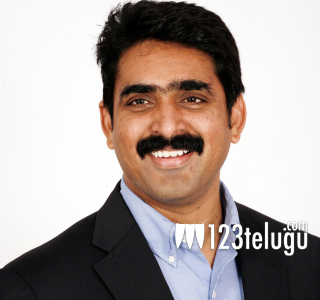 MUMBAI, INDIA: Emerald Media, a Pan-Asian platform established by leading global investment firm KKR for investing in the media and entertainment sector today announced that it has acquired a significant minority stake in YuppTV for US$50mn.

YuppTV is one of the world’s leading over-the-top (OTT) video platforms for South Asian content offering live TV, catch-up TV and movies on-demand in 14 languages across the globe. The growth capital will enable YuppTV to further its global footprint, expand its content library through original productions and acquisitions, and rapidly grow its paid subscriber base.

Headquartered in Atlanta, Georgia, YuppTV is a leading Internet Pay TV platform for South Asians, reaching more than 400 million households across the world. With more than 5 million monthly visitors accessing YuppTV across 27 integrated devices – with a peak monthly traffic of 20 million – YuppTV has been setting records across the OTT industry.

YuppTV continues to revolutionize the way TV and movies are viewed across the world with over 25,000 hours of entertainment content catalogued in its library, as well as nearly 5,000 hours of new on-demand content added to the YuppTV platform every day.

YuppTV has gained considerable popularity in India having recently launched in the market. With an initial focus on South India, the company has gradually expanded to the rest of the country. It has also recently implemented advanced analytics-based real-time recommendations on Live TV, to make content more discoverable.

Uday Reddy, Promoter and CEO YuppTV, said, “We couldn’t ask for a stronger partner than Emerald Media. YuppTV is a content distribution platform with a strong consumer connection, and Emerald Media has global media relationships. We hope to leverage their relationships and existing assets Endemol, OML, Fluence and Graphic India to create original programming and make this platform a next generation distribution and content powerhouse.”

Rajesh Kamat, Managing Director of Emerald Media, said, “Emerald Media believes in driving change and value-creation by providing a distinctive combination of capital, domain knowledge and management bandwidth. The world is moving from traditional consumption to multiscreen delivery mediums. YuppTV provides a unique combination of technology, strong content relationships and revenues of scale and will be an anchor to our vision of building a new age media company.”

Paul Aiello, Managing Director of Emerald Media, added, “Uday and his team have created an exceptional online video platform with a loyal subscriber base that realizes the huge potential of the global Indian diaspora. Our investment and relationship will enable YuppTV to further their strong leadership position in the rapidly growing OTT space.”

In September 2015, YuppTV had raised its Series A round of funding from Poarch Creek Indian Tribe of Alabama. YuppTV has had over 10 million mobile app downloads, in addition to 50 million pre-installs on Samsung TVs worldwide and 300,000+ downloads on LG Smart TV, making it one of the most downloaded Smart TV Apps. The YuppTV app is also the second most popular app in Android Playstore in India (Entertainment) and the only South Asian app available on PS3™ & PS4™. In addition, YuppTV has launched its exclusive on-demand movie streaming service, YuppFlix, which is backed by an extensive library of more than 5000+ movies across various languages.

Emerald Media is a Pan-Asian platform established by KKR to invest in the fast-growing media and entertainment industries across Asia for which KKR has committed up to $300mm from its KKR Asian Fund II. Emerald Media is led by industry veterans Rajesh Kamat and Paul Aiello, supported by an experienced team of investment and operating executives. Paul and Rajesh together have a combined experience of more than 30 years in the industry and bring a unique blend of operational and investment acumen to their business approach.

Headquartered in Atlanta, GA, YuppTV is the one of the world’s leading over-the-top (OTT) content player for South Asian Content, live TV, video on demand, and on-demand Movie Solutions. YuppTV a pioneer in OTT space delivers more than 250 television channels in 14 languages, 4500 videos (daily), movies, and a lot more. Content is offered to viewers through a single subscription-based service in the form of Live TV, Catch-up TV and Movies that can be viewed on any of the six screens for video content consumption – Connected TVs, Internet STBs, Smart Blu-ray players, PCs, Smart Phones and Tablets.

YuppTV services, currently has one of the industry’s highest content user engagement rate. Not surprising that millions of satisfied customers across the globe select YuppTV for their choice of entertainment.