“You must be the change you wish to see in the WORLD” said and believed the ardent peace lover, who walked the talk all through his simple yet powerful life.

Inspite of heavy rain and thunderstormswhich caused brief interruption of the arrival of guests and public to witness the grand unveiling, by GOD’sgrace rain stopped in time, beautiful clear sunny sky opened up with a big rainbow blessed the occasion.

In the midst of thunderous applause and a lot of excitement, Chief Guest Mr. Satish Dhupelia (great grandson of Mahatma Gandhi) unveiled the “Mahatma Gandhi Memorial Plaza” to showcase the world.

The sculptor Mr. Burra Varaprasad and co-sculptor Mr. K. Prasada Rao specially came from Andhra Pradesh to participate in the celebrations. MGMNT team, guests and community at large appreciated both of them for their remarkable craftsmanship and skill full artwork.

Mr. Taiyab Kundawala, Co-chair, MGMNT commented that this Memorial wouldn’t have been possible without the vision, passion, commitment and able leadership of Dr.Prasad Thotakura, the Chairman of the Project. MGMNT team has shown a remarkable teamwork to bring out this memorial to the community.

Dr. Prasad Thotakura, MGMNT Chairman in his remarks appreciated the whole hearted support of the community, the great cooperation from the City of Irving, the team work form the fellow members, and especially the hard work of Mr. Rao Kalvala, Secretary and Construction Chair, who spent numerous hours to make sure the statue complete on time without comprising the quality.

Mr. Rao Kalvala mentioned that the Mahatma Gandhi Memorial will be a prominent landmark and symbolizes DFW community’s pride and respect for Mahatma. The plaza has been built to last for generationsto come.

Mr. Satish Dhupelia expressed that the statue is so lively; inscriptions are very motivational to all. He stated that “MGMNT’s vision of this Memorial will be an inspiration to all generations” will certainly come true.
Mrs. Swati Shah, Co-chair gave vote of thanks and appreciated the City, Volunteers, Sponsors, community and guests for their active participation.

Day 2 – October 3rd 2014 – MGMNT has hosted an appreciation Banquet that was attended by more than 400 people including sponsors, supporters and Guests.
Mrs. Swathi Shah, MGMNT Co-Chair, began the evening by welcoming all and invited MCs Mrs. Shabnam Modgil and Mrs. Rajeswari Udayagiri to start the program.

Program started with US and Indian National Anthems followed by Mr.Taiyab Kundawala’s remarks, followed by Dr.Prasad Thotakura, the man behind the project. Dr. Thotakura gave some insights about the project, reiterated the efforts of Mr. Rao Kalvala and appreciated his dedication.

Dr. Prasad Thotakura said – “This is not an Indian American project but a global project since Gandhi belongs to the whole world. Our committee comprises of all faiths like Hindu, Muslim, Christian, Buddhist, Sikh, Jain etc., and all colors like Whites, Blacks, Hispanics, Jewish etc.,”.

Mr.Rao Kalvala elaboratedproject details of the last four years and expressed that the Mahatma Gandhi Memorial symbolizes pride and respect for Mahatma, will be inspiration for coming generations. Thanked MGMNT team members and volunteers.

MGMNT Team gave a surprise Chairman Dr. Prasad Thotakura by felicitating and presenting “Jewel of India” award with a 4 foot tall elegant Crystal memento for his vision, passion, commitment, dedication and leadership in realizing the long cherished dream of the community”. Dr. Thotakura tanked for this surprise honor and appreciated all team members for their hard work and team work in carrying out different responsibilities with a unified voice.

Hon. Mayor Beth Van Duyne attended and welcomed the crowd to participate in the walk.

Dr. Prasad Thotakura, Chair-MGMNT, announced “from now on every year on October 2nd, MGMNT comprises IANT and IAFC leaders would host peace walk in this park and encouraged people to participate in large numbers and walk every day for healthy living”. 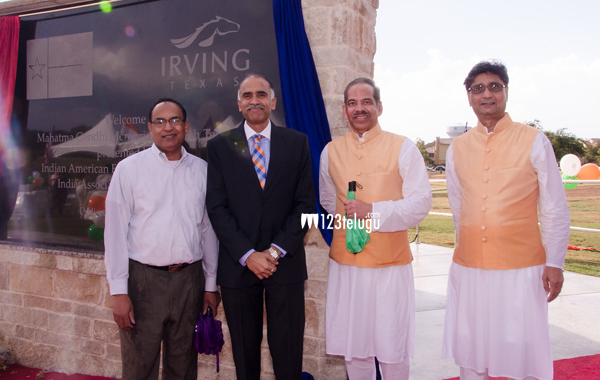 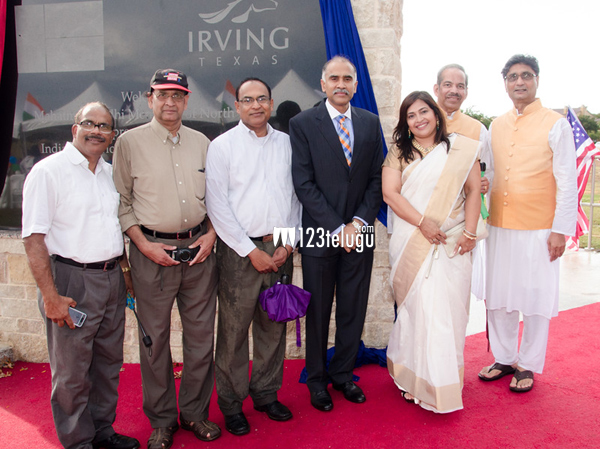 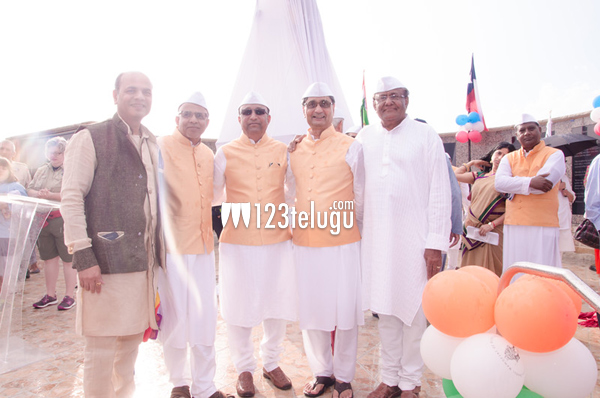 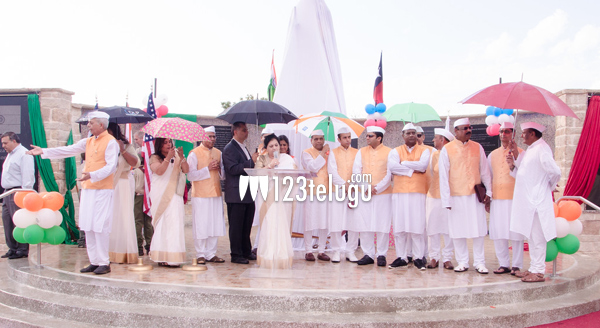 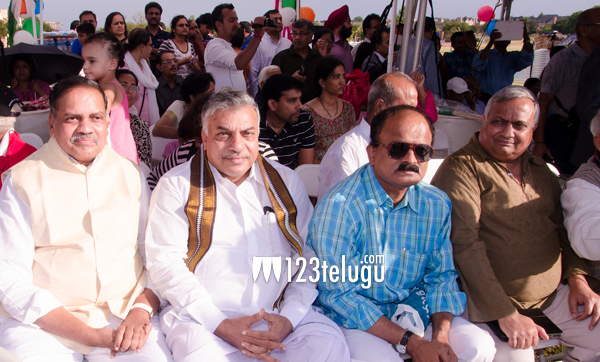 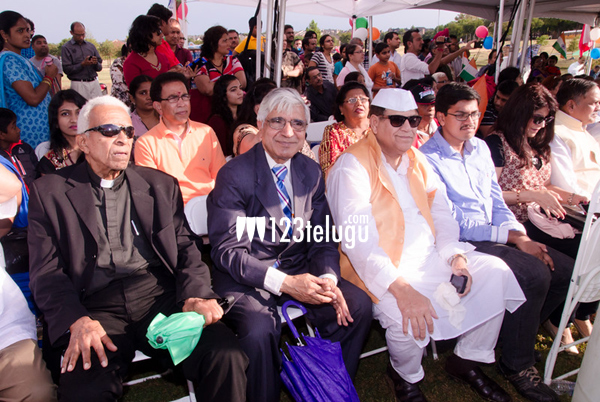