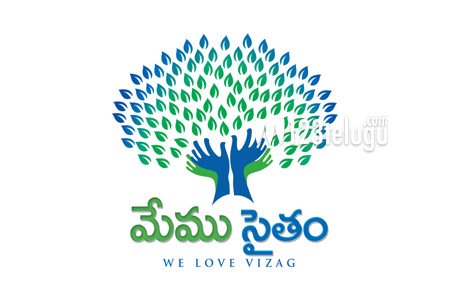 The devastating cyclone ‘Hudhud’, that struck the beautiful Coastal Andhra Pradesh City of Vizag and it’s surroundings, on the 12th Oct’ 2014, causing massive destruction, is yet another litmus test to People ‘s resilience.
Though aided by technology and alert state machinery, the loss of human life was largely curtailed to the bear minimum, the material and infrastructural loss in Vizag and its surroundings is of a scale, never seen in history. It is beyond imagination.

In sheer monetary terms, the damage caused by HudHud cyclone is estimated at a minimum of Rs. 70,000 crores (over USD 11 Billion). More than the monetary losses however, is the humongous human effort required to rebuild the city of Vizag and restore it’s lost glory. Besides, restoring the battered courage, morale and confidence of the affected people is yet another daunting task.

A massive rebuilding operation is currently underway and every endeavor however small or big, from every concerned human being will help further this cause and overcome the grief of this colossal tragedy. In this scenario, It is the bounden duty of all fellow Telugus and fellow Indians to take part in this humanitarian exercise.

The Telugu Film Industry, which is integral to the Telugu Community for over eight decades now, has always strived and excelled in not only providing unmatchable entertainment, but also in reflecting the issues that concerned the society and the nation, from time to time. Beyond celluloid, the Telugu Film Fraternity has always been consistent in initiating relief action on ground, in the face of numerous calamities, that have befallen the people of AP and India.

In the wake of HudHud too, several Popular Film Stars and Prominent Industry personalities have already come forward and made substantial monetary and material donations.

Renowned Producer Allu Arvind & Murali Mohan, President of Movie Artists Association said, “Beyond these individual acts of kindness and philanthropy though, lies a greater responsibility of inspiring collective action from the vast majority of the rest of the people”.

“Towards this end, the Telugu Film Industry is making efforts to put together a Massive and Marathon entertainment event on the 30th Novemeber in Hyderabad, also on a scale not seen before, to prompt the millions of Telugus in India and the large Telugu Diaspora across the world, to participate and contribute to their best capabilities, and provide succor to the Cyclone affected people and the areas”, said NV Prasad, President of Film Chamber, and Burugupalli Siva Ramakrishna, President of Telugu Film Producers Council.

“The event while aimed at ensuring unprecedented scale of entertainment and excitement to Movie lovers, is also essentially aimed at evoking compassion, camaraderie and secure wider participation from all audiences”, said noted Producers D. Suresh Babu and Dil Raju.

It is a ‘Call for Collective Action’ by our beloved Telugu Film Industry! Spread the message and show the strength of Unity!

For more details on this massive entertainment event and to be a part of ‘Memu Saitam’ and donate towards HUDHUD victims of Uttrandhra, please visit www.memusaitam.com or www.facebook.com/memusaitam.