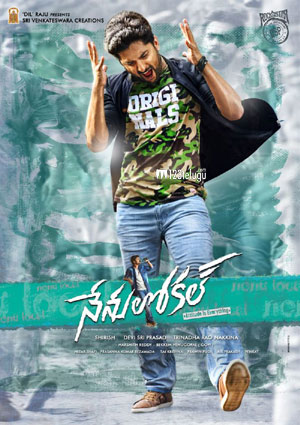 Natural Star Nani is on a roll with back to back blockbusters. He has now teamed up with well known producer Dil Raju and Sri Venkateswara Creations Banner for the film “Nenu Local”. The film’s caption is, “Attitude is Everything”.

Trinadha Rao Nakkina, who shot to fame with “Cinema Chupistha Mama”, is the director of this movie and “Nenu Sailaja” fame Keerthi Suresh is the heroine. Devi Sri Prasad is composing the music.

A song named Next Enti will be out at 6pm on the 6th . This song is going to be a peppy number from Devi Sri Prasad. The movie is going to hit the screens in February.