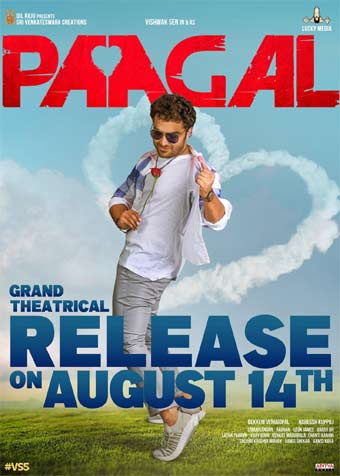 Nirvana Cinemas, one of the leading distributors in overseas, is proud to associate with Sri Venkateswara Creations and Lucky Media to bring Paagal to US audience

Vishwak Sen, who is riding high on success after his recent outing HIT is playing the lead role. Nivetha Pethuraj and Simran Choudhary are playing female leads. Movie has an ensemble of cast like Murali Sharma, Rahul Ramakrishna and many other popular actors. Naresh Kuppili is making his debut as director with this energetic rom-com

Movie will be having its US premieres on August 13. We are planning a grand release and stay tuned for US schedule & showtimes

We would like to thank Dil Raju Garu, Sirish Garu, Bekkem Venugopal Garu and Venkat Garu for giving us this opportunity