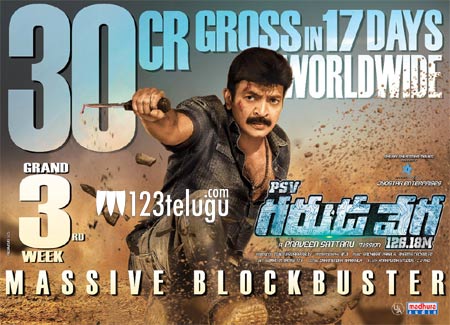 ‘PSV Garuda Vega 126.18M’, released on Nov 3, has been variously acclaimed as a stunning screenplay and Dr. Rajasekhar’s comeback film. Megastar Chiranjeevi, Superstar Mahesh Babu and other celebs have praised the film.

Continuing its thunderous stint, it is in its 3rd week. Despite many more films releasing since ‘Garuda Vega’, the film has held its own in the domestic and overseas markets.

Directed by the versatile Praveen Sattaru, and produced by Jyostar Enterprises, the film boasts of superb technical values, gripping screenplay, and marvelous performances.