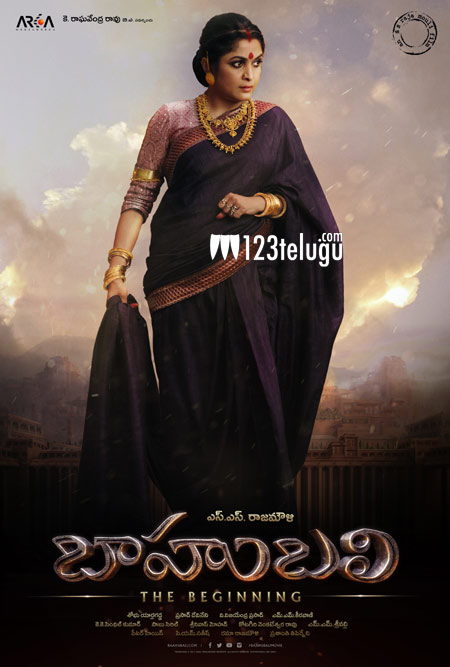 As promised, the “Baahubali” team has started releasing posters of the characters from the film – so as to introduce the key players in the story. The most recent poster released of Anushka as ‘Devasena’ received a tremendous response from fans – in fact, the post is still trending on social media platforms. Today, the team revealed Ramya Krishna’s first-look poster as ‘Sivagami’.

Never before have I dealt with a character so intense and an actor so capable.

She is the driving force for our whole unit in the past 2.5 years

Rest of the characters’ posters are planned to be released across the next few weeks leading to the trailer launch on May 31st.

“Baahubali” is a two-part period drama, the first titled “Baahubali-The Beginning”, is scheduled for release this July. The project is being handled by ace director, S. S. Rajamouli and respected production house, Arka Mediaworks. The film’s cast boasts of the popular stars Prabhas, RanaDaggubati, Anushka and Tamannaah.