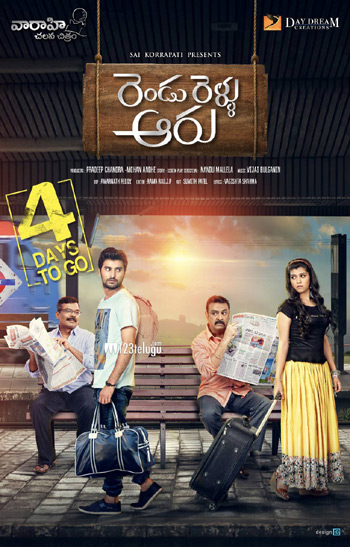 A day before the actual theatrical release, Rendu Rellu Aaru will have premier shows screened in 15 major USA locations through Vaaraahi International Cinemas.

Starring new comers Anil and Mahima in main leads, the film is directed by Nandu Mallela while Vijay Bulganin scored the music.

We thank sensational director SS Rajamouli for launching our film’s audio and for taking our film close to Telugu audience.

If you are waiting for a refreshing romantic entertainer, Rendu Rellu Aaru can be your best weekend film to enjoy with entire family.

Premier show of Movie “RenduRellaAaru” will be screened @