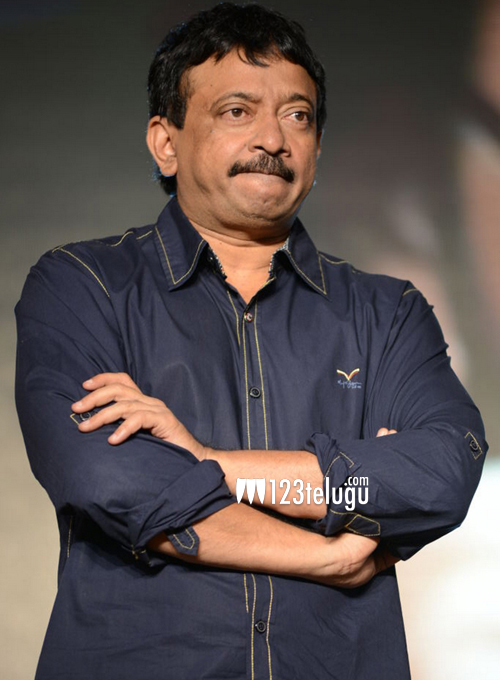 In my 25th year as a film maker I looked back at the past and now I am looking ahead into the new age technical systems of film making and it is very clear to me, that we as a industry have become completely outdated. And that is not a bad thing..Change and adaptation is essential to evolution. And to construct something new it’s very necessary to destruct the old. NTFI precisely aims to do that…

The OTFI (old telugu film industry) has evolved from a very ancient mindset akin to a prehistoric era of film technology and shooting methods and is still continuing to promote the same through their outdated methods. The OTFI’s film institutes actually belong to the dinosaur age and I pity those poor students who are being made to waste their efforts monies and time in learning things irrelevant to today’s times ..Did anyone of you ever wonder why we are not having a wide variety of films that many other film industries across the world including Bollywood has ? The primary reason is because the OTFI follows tradition blindly and is too scared to step out of line..The reason for that is fear of failure and cost recovery..Fear of failure is point less because just blindly following traditional methods also is not guaranteeing them success and in fact 90% of OTFI films are flopping anyway..Cost recovery is a reality but in the NTFI ice cream method of cooperative film making there is no cost…So the NTFI will give rise to a new breed of film makers whose thinking will be radically different from the OTFI..They will be fearless because they have nothing to lose, confident because they are driven by passion and they are bound to tread on paths dreaded by the OTFI…NTFI can be the only way forward if at all we can ever hope to achieve global recognition..Global recognition will come only when we attempt to make Global films and OTFI doesn’t dream of that even in its nightmares

NTFI will pull away cinema from the glamour, the gimmicks and all the white elephant trappings of the OTFI. That’s not to say that such films cannot exist..Ofcourse one needs Magadheera’s Eega’s and Bahubali’s..But in my opinion those are not films…they are events which come once in a blue moon and an industry cannot be modelled on events… That’s where the NTFI comes in

The foundation of NTFI is from a belief that cinema should be of all kinds unlike the OTFI which is stuck in a self created prison of a traditional formulaic belief systems…NTFI aims to truly democratise and free cinema from the diseased,fascist and nepotism infested clutches of the OTFI

At the core of NTFI is a very simple idea “Zero budgets,high concepts”. This is where the NTFI philosophy assimilates itself into the process to reach out to path breaking and adventurous film makers who are not scared to think out of the box..The institutes of NTFI will not corrupt the students by teaching them but they will make the students learn for themselves by just showing them a direction in how to make their film with zero cost and then how to take it directly to the viewer

This process will call for creating a NTFI website which will systematically guide the NTFI members in,Identifying & developing potentially viable film ideas,definitive timeline planning & management,online Supervising of the execution of a film and how to completley remove all OTFI parties between the film maker and the viewer

The NTFI will encourage experimental storytelling techniques and will give birth to a new wave of NTFI film makers to make use of the technological advances that keep coming into the market by constantly updating such developments on its website . It will also allow all the members of NTFI to upload their own creations on its site in a systematic manner…It will also allow them to share the knowledge they have obtained from their own experiences with other members of the NTFI..People who are too slow to understand the benefits of NTFI will think that the NTFI might uproot a sizeable amount of workforce but the truth is that it will push for a skilled workforce in sharp contrast to the OTFI which tends to regress all progress

The NTFI by it’s very design will force everyone to become honest, transparent and accountable

The economics of film industry depend upon the audience liking the film and the money spent to make it..we have enough examples of boring movies on which crores were spent …and then we have many examples of extreme low budget films which become sleeper hits..but what the NTFI proposes is not low budget films but Zero budget films

A film is an amalgamation of story, performances,shot taking,music,sound,camera etc and to achieve that the OTFI pays money to actors, technicians,locations,various equipment suppliers and so on…The NTFI will make all concerned join as a group and work towards making the film as good as they can and their payments will come from the profit rather than burdening the film with cost..Only fools will think that this can be done only by me because of my position ..it’s the power of an idea and the genuineness of an intention which can make this possible for anyone
The opening of ice cream proved that one doesn’t need stars,songs, fights,foreign locations and so called production values etc to attract the audience into the theatres..if only my name pulled them why didnt that happen in Satya 2? ..Blair witch project opened better than Tom Cruise Nicole Kidman starrer Eyes Wide Shut on the strength of its idea…To attract the audience you just need an idea which is unique and interesting..The NTFI will strive to make strong and unique idea based films unlike the OTFI

Once the film is made the NTFI will take the film directly to the audience instead of the outdated and regressive OTFI distribution system..NTFI releasing system is aimed at revolutionizing and overturning the existing OTFI system . The OTFI model of the existing distribution business is that the producer makes a film and then from each of the so called film distribution areas called Ceded ,West,East ,Nizam etc,prospective buyers will try to evaluate the film based on their sensibilities, the track records of the makers ,what they imagine would be the audience perception etc and then offer a price to the producer.

NTFI model of distribution will auction a film …This comes as an extension of a thought that if cinema is treated as a commercial product then it’s only purpose is to reach the maximum no. of consumers. But the difference is that unlike a commercial product which is definite in its features, a film sells emotions whose effect will differ from person to person.

So when no one can predict any film on how successful it will be,what follows further in the NTFI thought system is that instead of the product being evaluated by 2 or 3 so called buyers NTFI will open up a film’s evaluation for anyone and everyone to participate in their individual capacities in its business.

This comes from my belief that instead of a buyer of West Godavari deciding the value of Paalakollu sitting in Bheemavaram or some other place,I would rather that a resident of paalakollu decide that price for himself since he himself is from Paalakollu. The same logic goes to Rajhmundry Karimnagar, Nizamabad,Anakapally to name a few among among hundreds of other such centres.

This film can be bought by 3-4 students pooling some money in Guntur or by a group of house wives sitting at a kitty party in Vizag or by 2 friends who work in an IT company in Hyderabad. In short any of the film watchers can come into film business. Such is the beauty of this NTFI model unlike the regressive OTFI model

In the NTFI model after the film is made the trailer will be put out on youtube and a designated website will give all the commercial details with regard to the pricing of each centre which will be based upon the making cost of the film and publicity. It will also detail the mode of communication between the prospective buyer and the production house. It will also layout the base price as in the manner of an auction system for each centre. The online counter will be open for a specified number of days and once the highest bidder honors the payment his/her name will be announced as the awardee for that centre

Also this is going to be a one time sale as in ownership of the theatrical rights for that bidder for that particular centre ..For example if the production houses base price is 50 rupees and if the highest bidder’s bid is 70 rupees and if the film collected only 60 or 50 rupees he could be losing 10 or 20 rupees. On the other hand if the film collected 90 or 100 or 120 rupees all that additional 20 or 30 or 50 rupees money collected will be all his and he doesn’t need to share that with the producer..And with that collected money from all the bidders the producer will book the theaters, arrange the digital prints and organize the publicity and will also collect the money after the release from the theaters to deposit it in the bidder’s bank accounts. Its that simple.
In the worst case scenario NTFI makers would lose nothing except their efforts and the OTFI makers will lose crores and crores

My use of the word OTFI is not to be misread as me targeting the people in it..it’s the thought system of OTFI that I am making my comments upon..