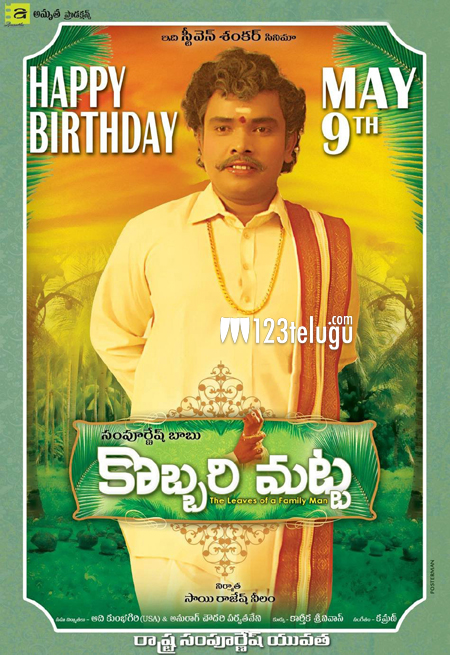 Actor Sampoornesh Babu who created history with his debut film Hrudaya Kaleyam last year is set to repeat it with his second film Kobbari Matta. After the huge TRP’s for Sampoo’s Hrudaya Kaleyam telecasted in Maa TV, Kobbari Matta has gained huge popularity among television channels. As we knew Sampoornesh in three different roles Pedarayudu, Paparayudu and Android except those roles , he is playing one important role with different getup , this is key role for KB movie and we never seen on Indian screens. This character will take audience into different world and keep laughing .Movie is on progress .