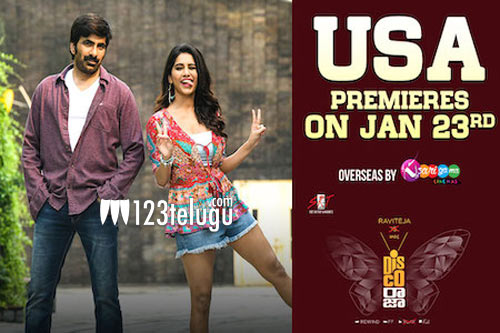 Mass Maharaja Raviteja teamed up for the first time with Vi Anand for an upcoming Telugu project titled ‘Disco Raja’. Vi Anand is known for his chills and thrills in his movies like Ekkadiki potavu chinnavada and Okka kshanam. Being produced by Ram Talluri under SRT Entertainment banner, the film has music by SS Thaman.

Once again, our sincere thanks to SRT entertainment banner for extending their support and providing us this opportunity to travel this prestigious journey.

Sarigama Cinemas continues to deliver the highest caliber of movies & entertainment to overseas audiences. We appreciate your trust, and we look forward from our film makers & exhibitors to a continued support.

For exhibition rights and inquiries in your City / State, please contact the below