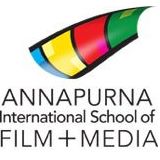 “Do More, You should be interested in the world around you’- Shyam Benegal, tells the students of Annapurna ISFM

‘Young film makers should do more besides learning all the disciplines of film making, a film maker should be interested in the world around them, they should observe, watch and listen, most importantly observe the changes in the emotions when people converse.” Renowned filmmaker Shyam Benegal said, while interacting with the students of Annapurna International School for Film & Media (AISFM). The film maker who made movies like “Ankur”, “Nishant”, “Manthan” and “Bhumika” said the ideas of social justice, the change and gender justice had always been important for him.

Mr. Benegal responded to a salvo of questions shot by the students about the story of his own career path, anecdotes about working with some of the greatest artists in the film world and how new age cinema is different from old age cinema.

The Dadasaheb Phalke awardee who has worked with more than two generations of actors in his career spanning four decades told the students “Learn enough about society like who you are. India is such a diverse country that one lifetime is not enough. You have to learn. Every day is a learning day. Don’t think you have learnt enough. I don’t think that I have learnt enough even for a second. For me tomorrow is the day, I have to start from scratch. I am blessed because of that. It doesn’t allow me to be complacent.”

Answering to question from one of the student ,Mahesh, about his experience in making ad films and how easy or difficult he found switching over to feature films the director said “ad films taught me economy of statement and feature films taught me understanding of time – the real time and the film time, balance it with appropriate techniques.”

Benegal was all praise for the young generation filmmakers of today who pursue film making professionally from film schools. “I see a great future for Indian film industry. You can see from the films, the directors are trained beautifully, and their cinematic vocabulary is excellent. Most importantly, there is a freshness of energy and vitality in them.”

“It is truly an once-in-a-lifetime opportunity for students to meet someone at the top of the film industry in an interactive setting like this,” stated Admissions & Marketing Head– Chris Higgins, AISFM. “We are very grateful to Mr. Shyam Benegal for his willingness to answer all our questions and his interest to motivate new talent.”

Benegal also urged the students to keep watching films all the time. Discuss them threadbare, deconstruct the film, and come up with their own ideas and reconstruct the film. Then, “you will understand the nature of the film and the vocabulary, which is so very important in film making today”.

The prolific Indian director and screenwriter, who is credited for creating the ‘middle cinema’ genre in Indian cinema, with his first four feature films Ankur (1973), Nishant (1975), Manthan (1976) and Bhumika (1977) who is busy with his new film on Subhash Chandra Bose said “I need to keep making films—it keeps me alive and ticking.”