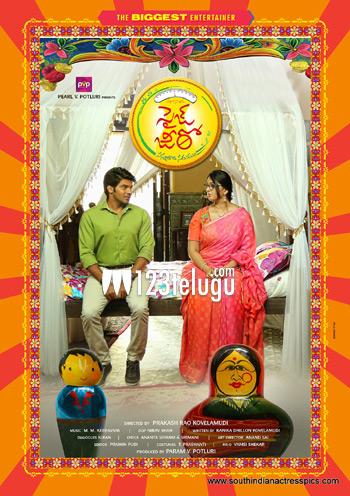 PVP Cinema’s Size Zero is growing in popularity every day and Anushka Shetty has been inundated with compliments for her bold decision to put on 20 kgs to suit the part in Size Zero. Her commitment plus the quirky and feel good content has fuelled super excitement amongst the trade and general public.

What has prompted a galaxy of such stars to come on board—it is the personal friendship and rapport that they share with the lead pair Anushka and Arya and also the professional relationship they have with the producers PVP Cinema.

Nagarjuna launched the career of Anushka and ever since then they share a special equation. Jeeva and Hansika are good friends of Arya and they share his passion for fitness and they were more than happy to appear in the movie and give out a message that is close to their hearts. Sri Divya is Arya’s co-star in Bangalore Days remake and she was very happy to endorse Arya’s vision of fitness.

Size Zero deals with the concept of weight and the importance of inner beauty rather than superficial appearance. Anushka’s good friends Kajal and Tamannah believe in this concept of inner beauty and they were happy to be part of a special sequence that gives them an opportunity to voice their beliefs. Revathy is a firm believer in natural beauty and enhancing beauty in a natural way and she was very happy to convey this view.

Rana Daggubati and Lakshmi Manchu are close friends of Director Prakash and they were more than happy to come on board and talk about what they believe in his movie.

Music of the film composed by M M Keeravani, released on 1st of November, is a Blockbuster already and the trailer has garnered more than 2 million views. Size Zero (and its Tamil version Inji Iduppazhagi) hits the screens worldwide on the 27th of November.